As many of you will know, the Olympic Stadium in London is currently being renovated to make way for West Ham (for good or for bad) in 2016. However, a group of lads who are currently working on the site – alongside England’s Jason Robinson and New Zealand’s Robbie Hunter-Paul – held the very first rugby match on a makeshift pitch on St Georges Day and we’re glad to say that England won the day… GET IN. 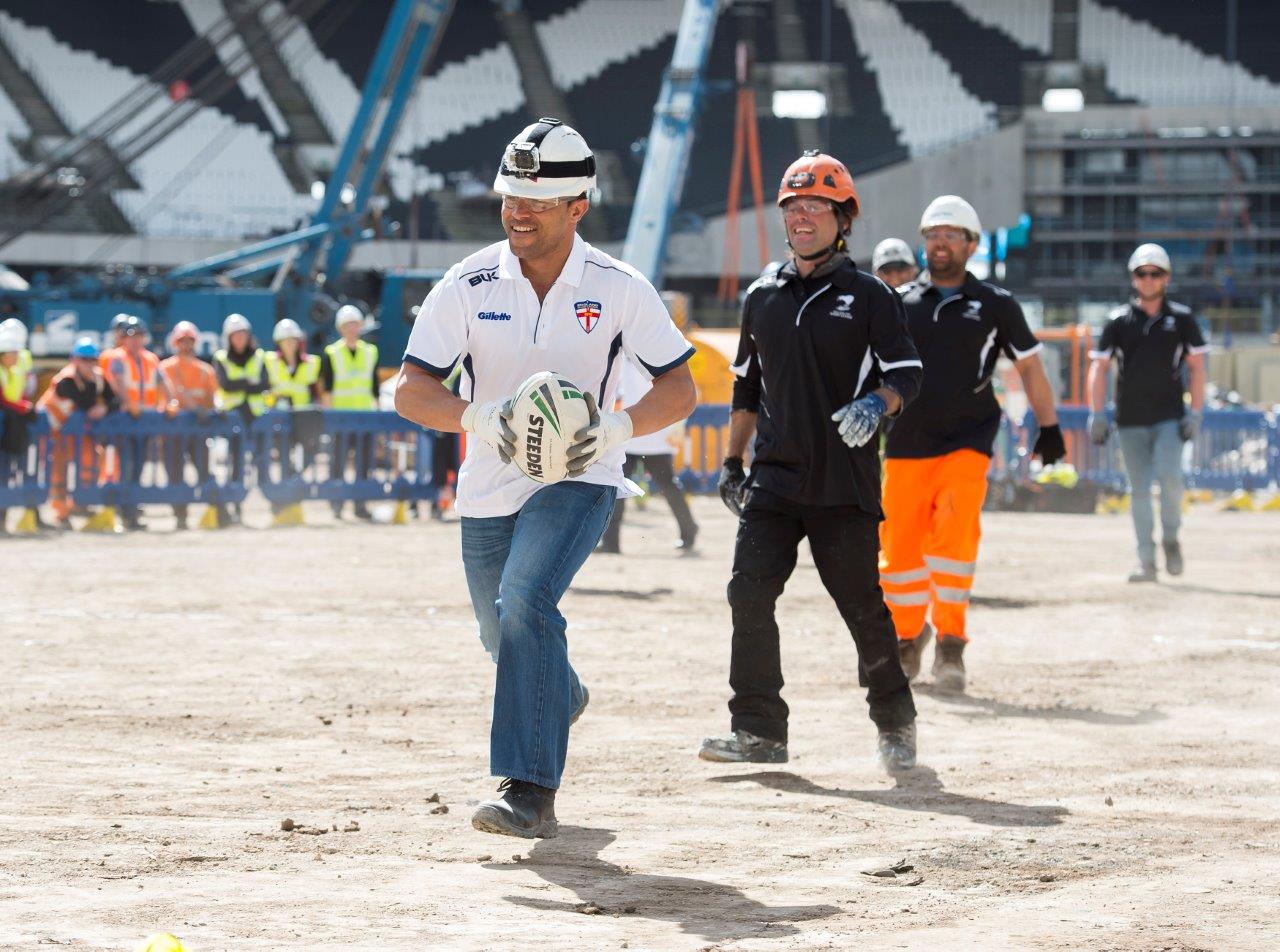 The only try was scored by the main man Robinson himself (see above the magic moment!) and that clinched the game against the Kiwis. Stuart Fraser, Stadium Project Director said…

“We knew Jason and Robbie were coming down to see the Stadium’s progress and as quite a few of the lads are League fans, we joked about passing a ball around and seeing if they’d dare to get their suits dirty.

“We never thought for a second that we’d split into teams with Jason captaining England and Robbie New Zealand. It was a really surreal but fantastic experience.” 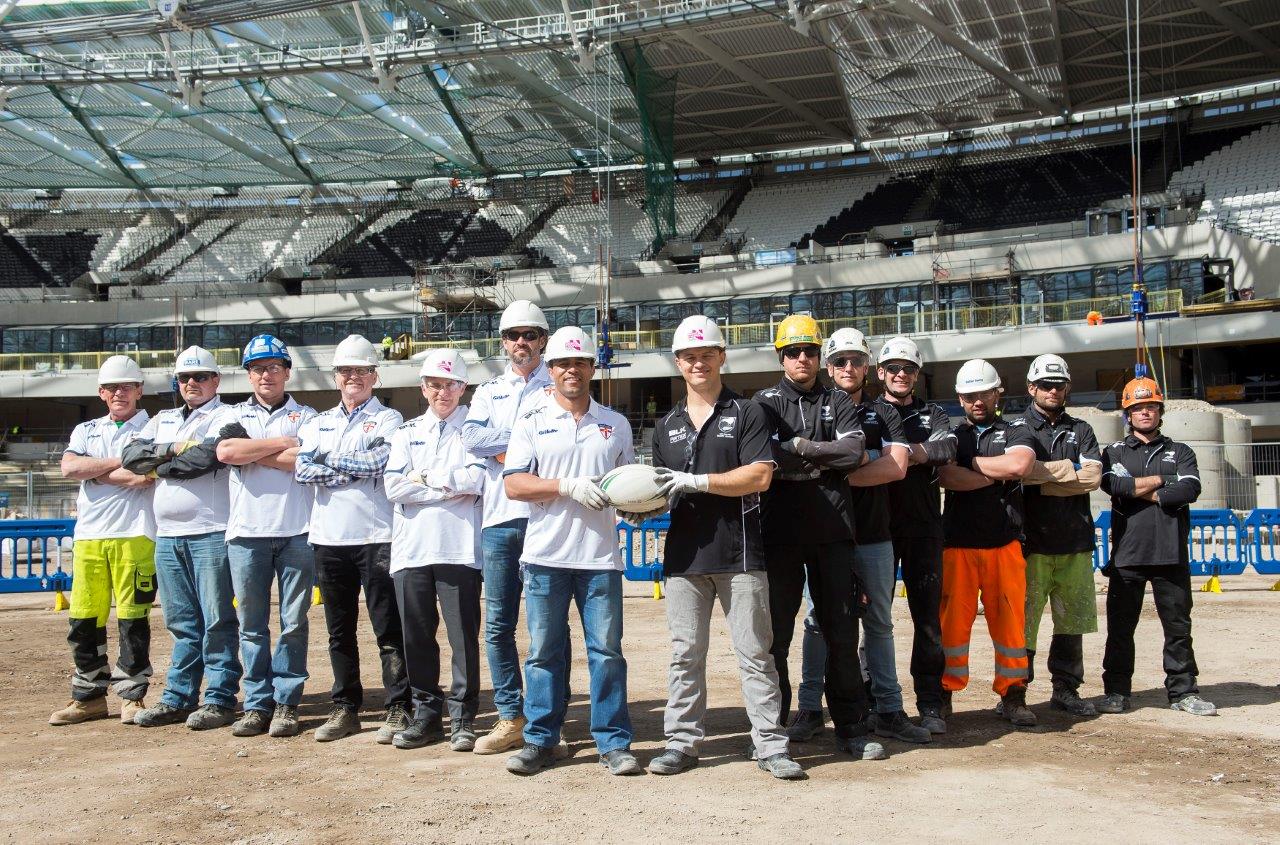 The teams line up… (via constructionenquirer.com)

And although the two Rugby stars were at the stadium to promote the upcoming Autumn international rugby series, the game was completely off-the-cuff and the lads on site certainly didn’t hold back either… Jason Robinson said

“I certainly didn’t wake up this morning thinking I was going to score the first try at the former Olympic Stadium!

“It all started as a bit of fun but those lads weren’t holding back and naturally they’re built like steel.

“It was a brilliant match, everyone enjoyed it and I can’t wait for the Stadium to be finished. Next time we’ll have some grass to cushion the blows.”

Check out the video from this awesome clash of construction titans!